Xiaomi, the largest smartphone manufacturer of China, has made quick inroads in to the Indian smartphone industry through a wide array of smartphones. The Xiaomi Mi 4i, the latest flagship product from Xiaomi has garnered the attention of people who are searching for an average, medium range smartphone. Although this smartphone is tucked into the mid range category, a closer look reveals that it clearly tries to punch above its weight.

It is a huge upgradation from the Xiaomi Mi 4, slim and light weight. And it comes with Android Lollipop. Although many of the features have been retained from its predecessor, certain hardware has given way to affordability and this has been adequately compensated by upgradation of software. As with the Xiaomi Mi 4, the new model also touts a 5″ IPS 1080p IPS capacitive touch screen, 441ppi display.

Performance wise, the Xiaomi Mi 4i features a Octa-core Cortex-A53 CPU (4x 1.7GHz plus 4x 1.0GHz), 2GB of RAM, Adreno 405 GPU; Qualcomm Snapdragon 615 chipset leaving no questions about its performance. With a 13MP autofocus camera, dual-LED (dual-tone) flash; HDR, Panorama camera, it is clearly above its competition when it comes to delivering world class imaging experience. Added to this is the fact that it comes with 1080@30fps, 480p@120fps video recording. 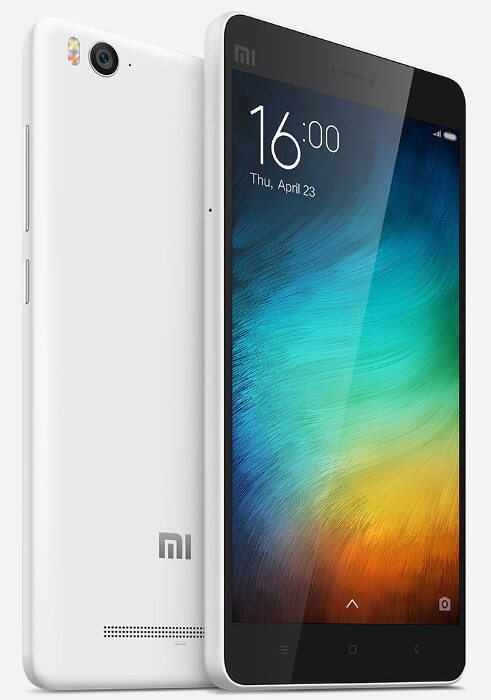 The 3120 mAH battery capacity can quite adequately power the phone for a decent amount of time. Users have been generous in stating that this battery capacity is sufficient for the display resolution this smartphone offers. The Xiaomi Mi 4i comes with 16 GB of internal memory and dual SIM benefit. The dual glass chassis from the predecessor has been replaced by polycarbonate unibody thus making this model light weight and thin. This has allowed Xiaomi to cut down the price of the smartphone considerably without having to show any shortcomings in the physical appearance.

Although this is going to be slightly low cost than the original Mi4, we believe that Xiaomi has done a decent job in convincing the users this is actually an upgrade at a lesser price. The sensible styling and light weight features will also sit well with its customers.